I’ve always been a fan of protests, at least as a concept.  Most of my talks about protests have been laments about being born after the sixties, and therefore never being able to be part of a really good one.  I used to say that no-one protests anymore.  Well, wouldn’t you know it… the whole world has proved me wrong.

With that in mind, I was excited when Kevin wanted to head to New York last weekend to see friends and film a bit of Occupy Wall Street.  I was curious as to what we would find. 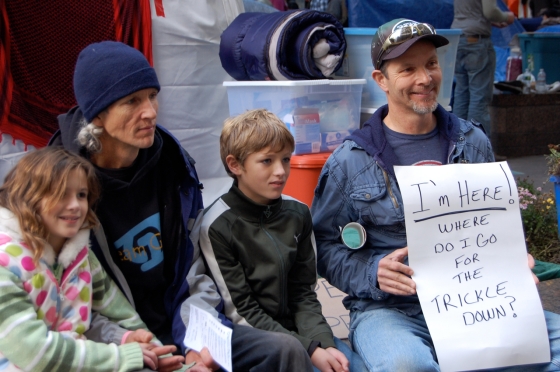 Where’s the Trickle Down?

The news has claimed that the message on Wall Street is unfocused.  From the number of groups carrying different signs, one could get that impression, but only with a superficial first glance.  (Unfortunately, the media specializes in superficial first glances these days.)
I found the message on Wall Street to be very clear: be it health care, children in poverty, environmental issues, grievances against the government, or the obvious problems with the big banks, there is a rather glaring central theme: “Stop the corruption.  Stop giving all of our nation’s wealth to the top 1%.  Make it fair for the rest of us, the other 99%.  If you don’t; we will find a way to make it happen.” 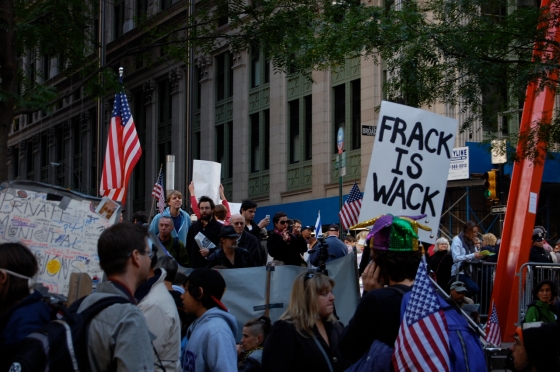 What did I see on Wall Street?  People living in tents, sleeping on the sidewalk in their sleeping bags, determined to stick with it. People working together- caring for each other, making sure everyone living on Wall Street has food, medical support.  I even saw organizers try to find a man a pair of glasses.  There are workshops and classes on non-violent protest and there’s music.  People meditate, pray, and speak their truths to anyone who will listen.

Girl Sleeps Oblivious to the Crowds

Wall Street- Sleeping in the Park 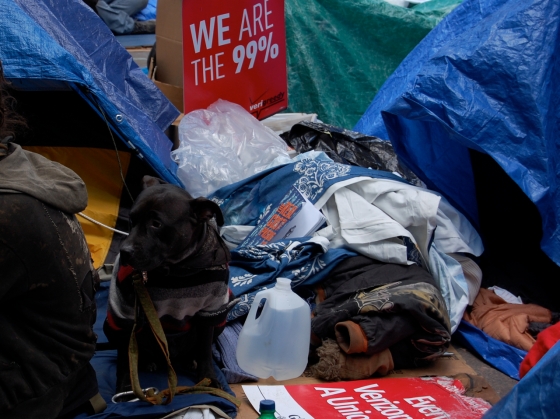 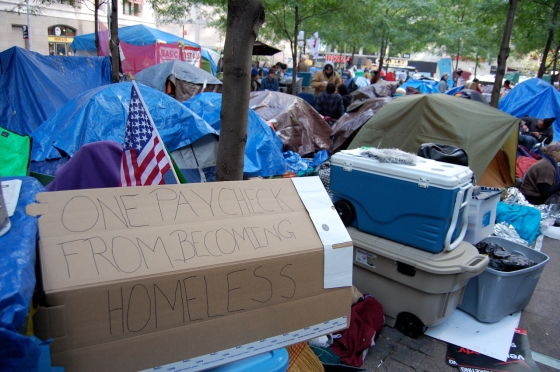 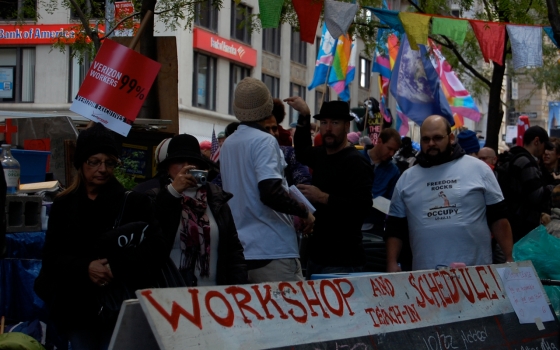 Wall Street should be scared, because this message is about human decency.

And it’s time that message spread. 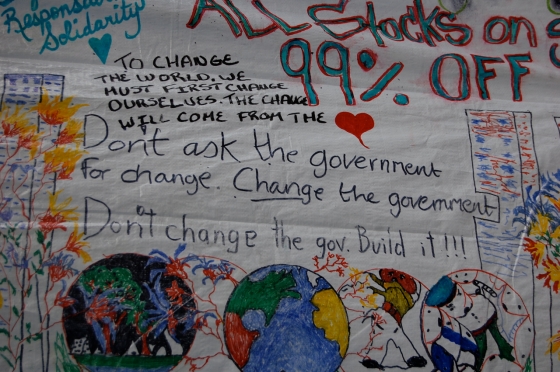