Folbot Hidden in the Trees

What is a folbot? you may ask.  A folbot is a cleverly designed bit of German practicality: a folding kayak.  How did we come into possession of one?  Kevin’s dad passed down the family folbot, one he purchased sometime in the eighties. We took it out several times on a man-made lake in Albuquerque, and made sure to bring it on our move across the country.

The folbot has been sitting in our closet… something we had to remedy with the Chesapeake Bay so close by.  Online we found Turner’s Creek, a spot near the Sassafras River, and I’m a sucker for anything named Sassafras. (Yum on Sassafras tea!) So we decided to take our bendable kayak out before summer slipped away and fall’s chilly temperatures made riding around with that wee bit of water on the bottom of the boat too unpleasant.  The water is not from any flaw in the boat design, it is from the dog, who loves to jump in and out as we row.  Ah-hem… correction… as Kevin rows.  I tried rowing, I really did, but after my oar crashed into Kevin’s too many times, he decided it would be easier if he just rowed alone. (Now am I gonna complain about that?)

Getting Ready to Jump In 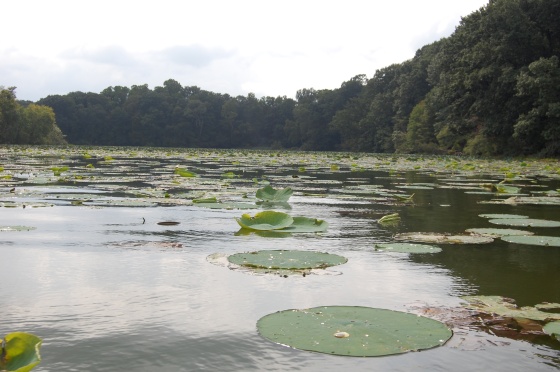 Lily Pads as Far as the Eye Can See 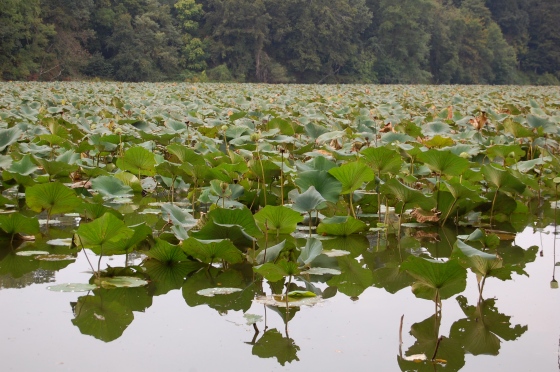 It always unnerves me a bit, not the assembling and disassembling that takes place before and after every trip, but the thin layer of coated fabric material that separates me in the boat from the water.  But god bless the folbot, it always come through.

The folbot has only about a 6 inch draft so we were able to glide all over parts of the bay boats can’t go.  I might have avoided the lily pads, but Kevin thought it would be fun to go right through.

We ended up on a secret island.  Okay, maybe it wasn’t that big of a secret.  I’m sure lots of people pass it every day.   A map revealed our second secret island, right next to the first, to be just a section of land jutting out from the shore.

It was a peaceful trip. There’s not too much going on at Turner’s Creek where we launched, just a concrete boat ramp and some empty crabbing boats, but that is the simple beauty of it.

House in the Distance

Close Up of Lily Pad Flower 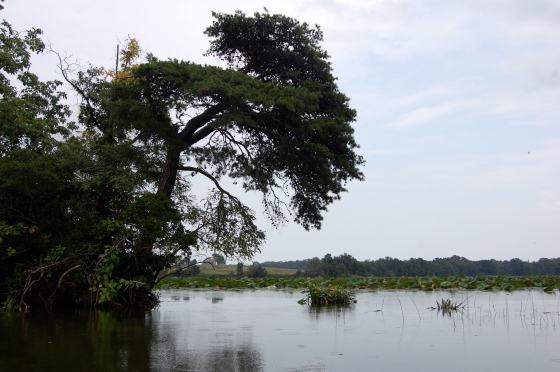 Tree on the Water

Houses by the Chesapeake 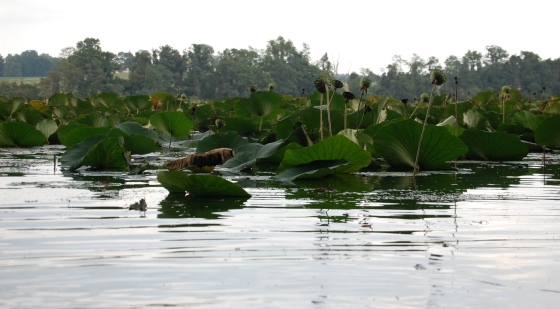 View from Under the Trees

2 thoughts on “Folboting on the Chesapeake Bay”