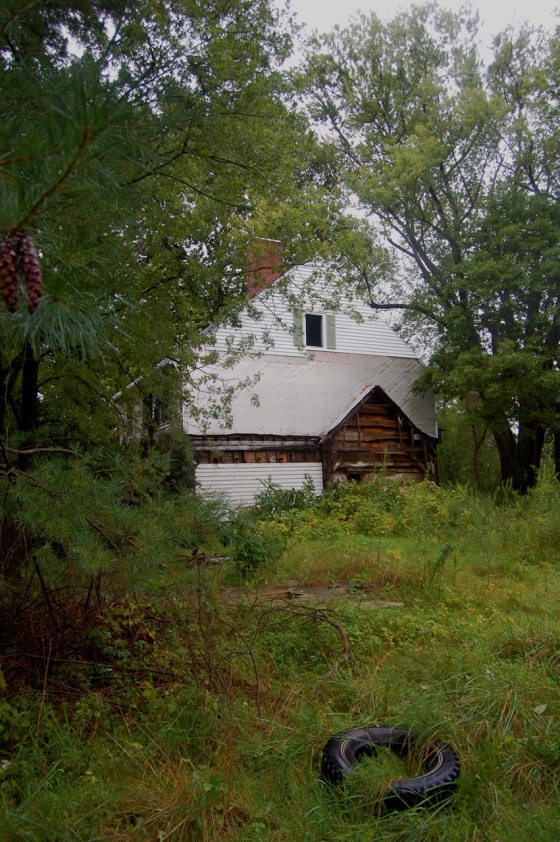 abandoned house in the woods

My husband and I have a love for exploring.  Not only do we enjoy traveling the bigger world, we like to discover off the beaten path places around our home.  That’s why when we came across an old abandoned house in the woods behind our apartments a few years back, we were excited and wanted to see more. On our way towards it, we stumbled upon this: 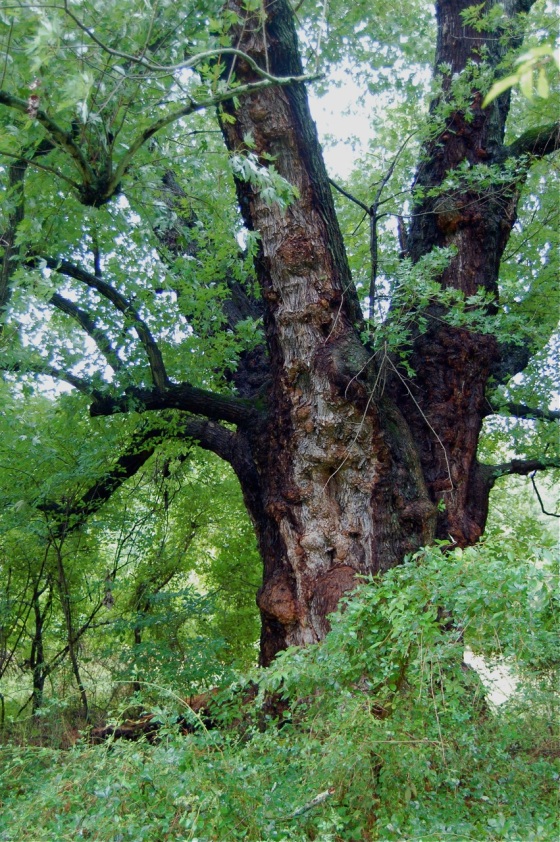 Now, it’s easy to look at a picture of a tree and think it looks big, but to really get a sense of perspective you need to see it next to something else: 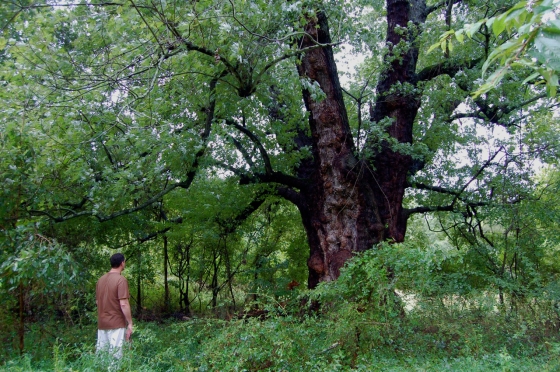 closer to the old tree

After admiring the tree for a while, we did explore the house.  It seems the local teens had already discovered the place.  Something fascinates me about houses that have been abandoned.  Maybe it’s the disappearance of the people and life that used to be there.  I try to imagine it as it was before.  Who used to live here? What did they like to do?  What happened in these rooms? What kind of conversations?   And why did they let the house slip away?  I mean, this used to be someone’s home. 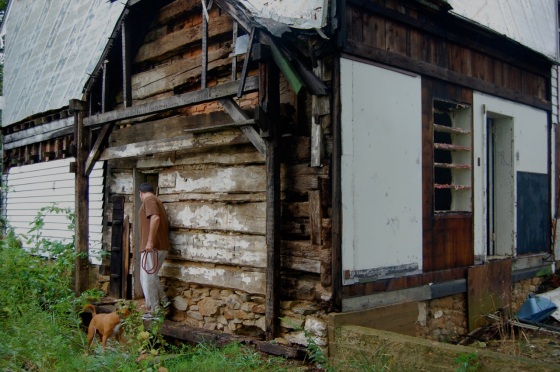 outside the abandoned house

inside the abandoned house

Kevin rescued me some old jars from the basement.  I have a strange affinity for old (and sometimes rusty) jars.

rusty find in the basement

I had it in the back of my mind we should tell someone about that tree.  Some nearby dwellings had been cleared but the house had been saved.  The house was constructed with giant square logs and dovetailed joints and probably has historic value.  We knew that eventually the land was going to be developed, but well, at the time developments weren’t exactly taking off and we didn’t feel any imminent danger towards the tree.

We ended up moving a bit further away from the old house, though we did go back to visit with friends a year later.  We sampled some of the raspberries growing outside.

I hadn’t been down that road in a while, but when I drove by the other day I saw this:

turned into a construction site

I immediately worried about the tree, but didn’t want to believe they would actually have cut it down.  There were a lot of people at the site.  So, I snuck back later, at dusk when no-one was around. 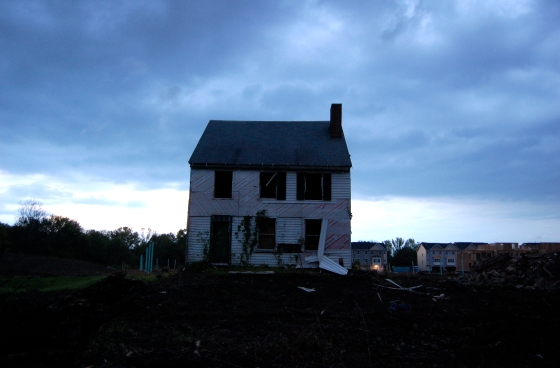 old house contrasted against the new townhouses being built behind it…

It was dark, and the house looked especially creepy.  A new body of water sat besides it, and in the quiet stillness, the peepers were cheeping full force.

I found the tree in this condition:

It was a little darker than I’d hoped and hard to get decent photos.  I hadn’t brought a tripod since I was trying to be all stealth and incognito (ha ha). 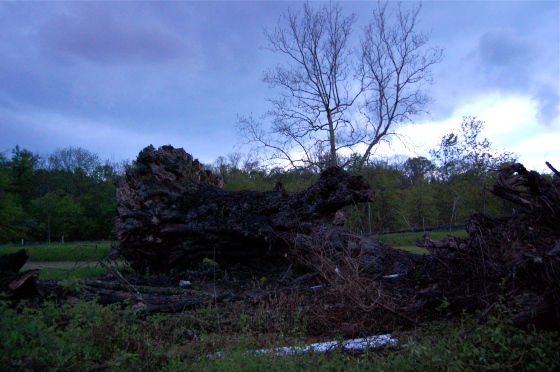 old tree with the house behind it

a lightened version of the tree with the house

I don’t know much about trees, but it seemed to me this one was worth saving.  This area already has so many townhouses and development and could use more trees!  I guess the developer didn’t agree.

Goodbye old tree.  Looks like you had a long, long life. You were such a cool true. We’ll miss you.

P.S. Do you have a big tree you think may need protecting?  American Forests has a Tree Protection Toolkit you can check out online.  I didn’t find it early enough to figure out if our tree would have qualified, but maybe you still have time.

One thought on “Goodbye Old Tree”